You Are Here → Home → Cloud → Build 2016 expectations: No strategic surprises

As I write this, I’m sitting in San Francisco, waiting for Microsoft’s Build conference to start. The two keynotes on Wednesday and Thursday mornings will be broadcast live on Channel9. This blog post outlines some of the expectations I personally have for Build.

I want to kick off by saying one thing about Satya Nadella and his reign at Microsoft. He has laid out a mission statement (“To empower every person and every organization on the planet to achieve more”) and its key pillars (“Reinvent business productivity and business processes”, “Build the intelligent cloud platform” and “Create more personal computing”), and followed them doggedly. Microsoft’s actions in the last few years have been surprisingly well aligned with this strategy. 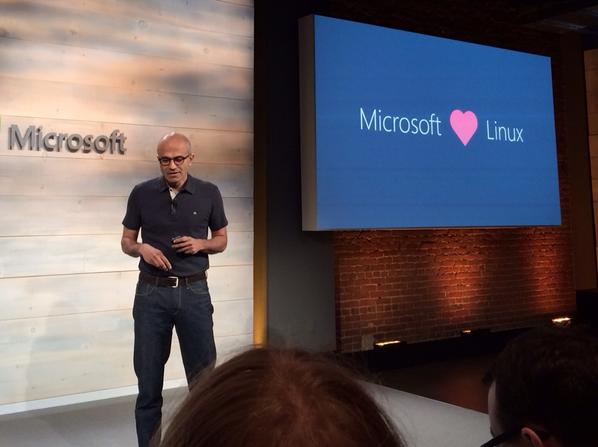 From this perspective. I’m not expecting strategic surprises in Build. In fact, I haven’t seen a strategic surprise from Microsoft in a while. Once Microsoft came out with the “Microsoft <3 Linux” message and accepted the fact that Windows is not the only client platform in the future, the path to the future was laid out.

These years, Microsoft is now trying to catch up with the time lost in the Windows-focused land. It is trying to make Azure a cloud for all OSes. It is working hard to support its traditional developer base in the critical transition to a cross-platform client environment. And still, it is doing its best to prepare Windows to thrive in the next generation of computing.

Many found the recent SQL Server for Linux announcement surprising. It was, in a tactical sense: I don’t think anyone was ready to believe Microsoft’s readiness to do such a radical thing to the Windows Server business. Yet, it makes perfect strategic sense, and Satya’s speeches had almost spelled it out in beforehand. We just didn’t dare to read into it.

But that’s not to say there wouldn’t be stuff to wait for at Build.

Six questions about the developer platform

This show will make it clear exactly how far Microsoft is in its plans. My key questions are these:

Is Microsoft able to make Universal apps truly universal by extending the story to Android and iOS? The recent Xamarin acquisition plays a big part in this. How far has Microsoft been able to integrate the Xamarin story? How cheap can they make cross-plat development?

What can Microsoft add to the Windows platform to improve its competitive position? HoloLens is obviously a differentiation point. Continuum is another. Obviously, this isn’t enough to fix the problems for, say, Windows on phones, and few are expecting significant hardware launches at this point. We have the Islandwood bridge for bringing iOS apps to Windows, but we need more to get the app gap fixed. Xamarin acquisition will help in the long term, but is this enough?

What will Microsoft bring to the table regarding intelligent systems? In the Data Driven event a few weeks ago Scott Guthrie recounted the history of Leonardo Fibonacci, who was able to educate the Europeans in basics of arithmetics in two generations, dramatically altering the way business was conducted and the society run. Microsoft claims that the ability for systems to go from data to intelligent decisions will result in a similar change. As multiplication was once the domain of educated clergy, so is data science today. Azure has begun to open up this area with services like Machine Learning, but there’s a lot left to be done.

How will Azure evolve to match what AWS has? Azure has many services with unique capabilities and a real competitive edge. At the same time, AWS has an enormous head start in serving IaaS workloads, particularly for organizations that don’t have an existing Windows-based enterprise infrastructure. Development in this area will have a huge impact on how we write our own code for the cloud. I expect to see talk about containers, Service Fabric and IaaS improvements.

How can Microsoft Graph become useful for mainstream developers? Office 365 has this huge data resource called Microsoft Graph. It allows your apps to access data within the Office 365 suite, ranging from calendar information and email to OneNote notebooks. It’s a real boon for business apps that can rely on it, but can Microsoft sell this story? Will the Office add-ins – or Office-based applications – finally become mainstream?

What’s the next step of developer tooling? There’s a lot to speculate here, because there’s so much ground to cover behind all the preceding questions. Cross-plat and open source will probably be the main themes. I don’t really care about versions anymore – it is the features that make the difference, and they seem to ship rather independently of the major Visual Studio versions or whatever you have.

I look forward to seeing the answers, and will try to blog on the most important ones.

Jouni Heikniemi
Jouni works as a consultant focusing on Microsoft technologies and technology strategy. He is also a Microsoft Regional Director. Prior to his current job, he has an extensive background in development, IT administration and business management. He's been doing this for a living since 1995.